From Vilano, this is a highly versatile folding bike with a lot of different customization options. That’s why this is one of our most recommended bikes, possibly if not for all the features and high quality details crafted into the bike, for the customization alone. A major common complaint among the cycling community is that some bikes don’t have seats that adjust to their height, whether they’re too small or too large. If you’re very short, you can easily adjust the handlebars and seat to be as low to the frame as possible and if you’re tall, you can adjust them for people well over 6 feet tall.

The Vilano 20 inch lightweight aluminum bike does come with a little price tag though, so you will have to spend slightly more than you would on other folding bikes in the same market. However, is the price worth it and what are you getting for that price? The title should give away that this bike is very lightweight and was built for inner-city commutes and general travelling. We haven’t tested this bike on every kind of particular terrain but we can say with ease that this bike excels at inner-city travelling. 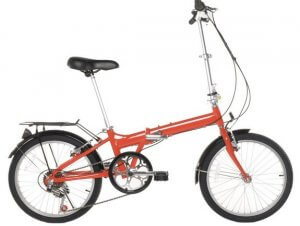 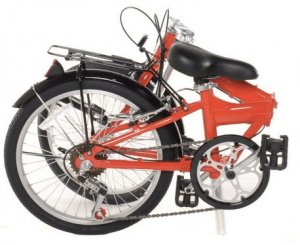 The overall design and style of the bike doesn’t relatively stand out like some of the other bikes do. When you look at the frame of the bike, it’s relatively straight forward and is an aluminum tube. The handlebars and seating position however do stand out a bit to some because for people over 6 feet tall, the bike neck appears to be exceedingly tall. The chain and position of the pedals isn’t anything particularly special, but the fender guards on the wheels are a nice touch for not only safety but some extra style points. Aside from those finishing touches and the glossy red paint, there’s nothing unique about the overall design.

When it comes to aluminum framework, these bikes are generally made to last but it really depends on what kind of a rider you are. For the casual rider that just wants to get back and forth from work and home, you can depend on this bike for years to come. However, for people that plan on taking some rough roads or people that like to push the pedal to the metal, the longevity of the bike won’t last as long due to the aluminum lightweight frame. The seat is relatively comfortable and provides a nice cushioned foam that doesn’t leave your rear end sore after excessive riding.

While everyone generally has different tastes, there are certain things you can look for on bikes like this that will give it an edge over other bikes in the market for the same price. Some people might see the price tag and be a little off put but when compared with other bikes that offer the same level of customization, we found that this bike was fairly priced and in some aspects, it was actually underpriced. So what about the overall performance of the bike and how does it hold up against others?

For a bike that folds up to a mere 20 inches, it holds up relatively stable and is a really smooth ride. It’s not bumpy at all and it holds up well against slight bumps or dips in the road. The shifter response is one of the smoothest we’ve seen on the market and the transition from speed to speed is quick and painless. We also absolutely love the fact that they’ve put protective fenders on the wheels to help prevent damage. Also, the bike rack on the back allows people to attach various things such as carrying baskets to help with every day chores.

The Frame – One of the best features was the lightweight frame that this bike was designed with. The aluminum frame was built with lightweight material but it was also made in mind with durability and longevity. This bike will easily last you for decades of casual smooth riding, or at least the frame will.

Latch – There’s a safety latch included with the bike so that you can be as safe as possible when folding the bike up and riding. Bikes rarely ever fold on their own when they’re being rode down the street but you always want to make sure and a safety latch mechanism is the best way to do that.

Grip Shifter – This was one of the most impressive features of the bike and it was also one of the smoothest shifters we’ve seen on a non-expensive folding bike. You usually have to pay top dollar to get this kind of smooth shifting action on a bike. The shifter comes standard with 6 different speeds from a brisk pace to a challenging workout.

Installation Done – One thing that I’m sure everyone hates is assembly. This folding bike comes with a couple of additional pieces that aren’t usually attached to other bikes. One is the fenders that are attached to the front and the rear. Not only are these free but they’re even included and installed with the bike on purchase.

Storage Rear Rack – Having the ability to store things on the go is a major convenience point for this folding bike. A lot of people who lack a rear rack end up wearing a backpack and putting a lot of strain on their shoulders during their ride. Thankfully, the rack storage area eliminates this hassle and allows you to transport things from work, the grocery and more when you’re going to your destination.

Q: What kind of suitcase will this fit in?

A: A suitcase might prove troublesome because of the handlebars and it’s not advised to try stuffing this bike into a regular suitcase.

Q: Can this bike handle a 6 foot tall rider that weighs more than 220 pounds?

A: Easily. This bike may have been built with an aluminum framework but was made with durability in mind and easily holds people over 6 feet tall at that weight as well.

Q: How high can the seat post be adjusted to?

A: Some customers have reported that they were happy with the adjustable height at 6’3 or even taller.

While this bike may not have all the advanced features that you’re used to seeing on some folding bikes such as 18 speeds or multiple gear mechanisms, this is a solid bike for the price and great for commuting. You won’t be disappointed or let down by this bike. The seat is comfortable, the price is great, the ride is smooth, the shifting action is on point and it’s a very solid durable bike. 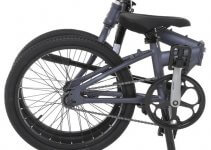 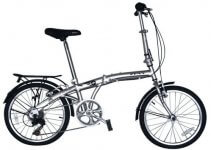 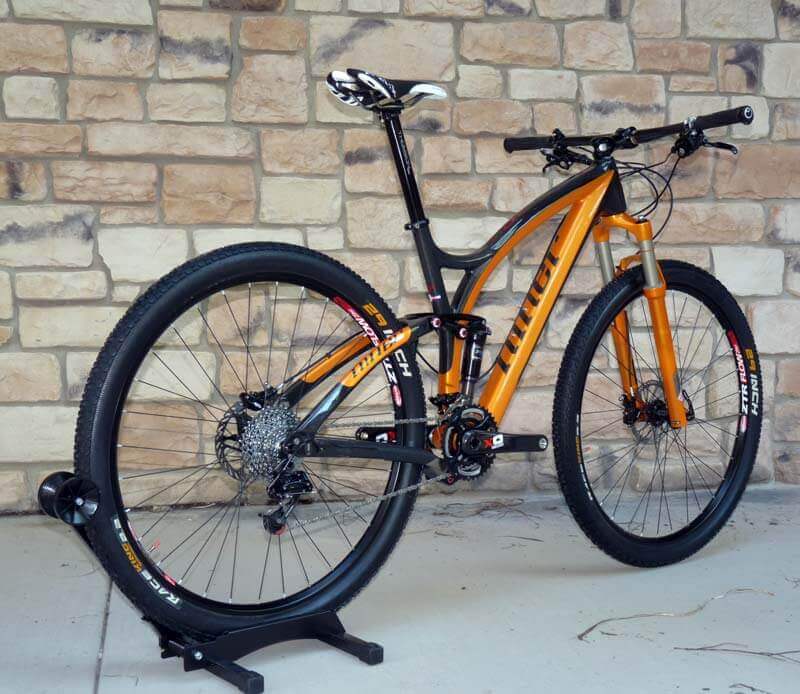