This is one of those bikes that you have to have an acquired taste for because some people when they look at it don’t really feel the flavor or the design of the bike. However, the Phoenix lineup of folding bikes is really high quality and they’re great quality products. They’re also relatively easy to store and that’s no different with this American Phoenix 20 inch 6 speed bike. The design of this bike seems to strike different people in different ways, depending how you look at it. Some people think the design of the bike is rather bland and some people think its striking.

One thing we immediately noticed was that he handlebars did stand out a bit as they’re a ways away from the seat post. This means that this bike will probably require you to lean in a little bit more than some of the other bikes we recommend. This has its own set of advantages and disadvantages but make no mistake, this is a very fast bike. It’s also made with really high quality material and it’s built to last, under extreme circumstances. It’s a relatively cheap bike as well. 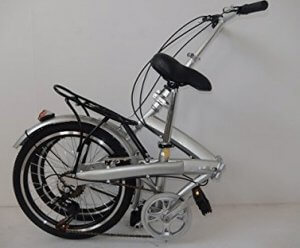 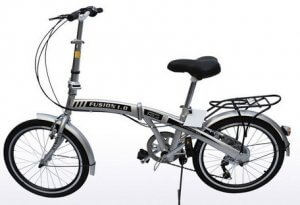 The overall design of this bike is kind of a cross-mix. It’s almost like they tried to incorporate some modern design technique and they tried to incorporate some old vintage tubular design for the framework as well. However, the design of the bike is stable and the colors are very plain. This is due to the fact that American Phoenix wanted a folding bike that blended together and didn’t have any wild colors that stood out to the eye. The framework design has a slight curve and we’re not sure if this has any distinct advantage but it looks great.

When you look at the first picture you come across of the American Phoenix, you’ll notice that the original seating position is quite low. While this is adjustable, this is something to take note of because if you’re taller, you might want to make sure that you’re able to fit on this particular bike. The good news is, people who are 6’ or taller have no issue with this bike and haven’t had any major complaints. The seating overall is relatively comfortable and the grip of the handlebars is comfortable as well, even for those who bike in warms areas and are prone to sweating on the bars.

When you first glance at this bike, you won’t notice anything spectacular. It doesn’t offer a lot of variance in terms of looks or the overall design of the bike. That’s one of the main drawbacks but a lot of people don’t pick their bikes based on the overall design or the look of it. This is a bike you should look at in terms of performance and how great it works in terms of commuting back and forth to work. If you ever need to park it, it offers a high quality and great durable kick stand to do so.

However, you shouldn’t need to use it often as it folds up relatively easy and it doesn’t require a lot of downtime when it’s being folded. The folding mechanism is relatively easy and the smooth performance of the ride is superb. It comes with 6 different speeds but most people find that they’re comfortable with the first few speed settings available on the bike. It’s a great bike for everyday use and won’t get worn out on you like some other bikes will for the same price. It’s also a very budget friendly bike and is great for the pricing structure.

Fenders – The fenders of this bike offer an added layer of protection for people who are worried about their tires becoming damaged or from rocks flying up against the frame or your foot. Fenders are great and not a lot of folding bikes offer them. Even most traditional bikes don’t offer them today but fenders are great for protecting your bike and prolonging the life.

The Fold – Folding this bike is relatively easy and it was made for people on the go. Whether you have an important meeting, have to get to work, an emergency or want to get out of somewhere in a hurry, you can fold the bike up in a few seconds in just a few easy steps.

Adjustable Variables – When it comes to finding your perfect height or your perfect fit, you’ll find that no bike is alike. Thankfully, with the American Phoenix 20 inch bike, you can adjust your seat height and your handlebar height to find something that perfectly fits you.

Child Friendly – As long as you have a child that’s 7 years old or more, this bike is child friendly and very safe. It has a lot of safety features built in to help prevent crashing and is very durable even if the bike is crashed.

Steel Design – Speaking of durability, the frame of the bike is made with steel and built with longevity in mind. If you’re someone who’s a bit clumsy and constantly drops things, you might notice most folding bikes cave in and start to squeak after being dropped a couple of times. This bike won’t do that thanks to the high quality steel frame construction of the bike.

Q: how much does this bike weigh?

A: Fortunately, this bike isn’t the heaviest bike on the market but that also means that it’s not the lightest one on the market either. It only weighs 33 pounds which is nice for carrying around and storing for convenience.

Q: Is there a nice carrying bag included with this bike?

A: Unfortunately, there is no carrying bag included with this bike, as you’ll have to purchase that separate if that’s something you need but it’s also not a common request for manufacturers to include them (which is why a lot of them don’t).

The American Phoenix may not be perfect but this is a great bike for starters or people looking for an everyday commute bike. From the overall heavy duty kick stand that will never give out to the steel designed folding frame, there’s a lot of craft and detail put into this bike that you wouldn’t normally expect to be put into a bike that’s not much over low $xxx. Another thing is, this bike doesn’t exactly stay in stock long because it’s relatively cheap and it’s a pretty high quality bike so if this bike interests you, you should snag it while you can. You never know when they’re going to run out of stock. 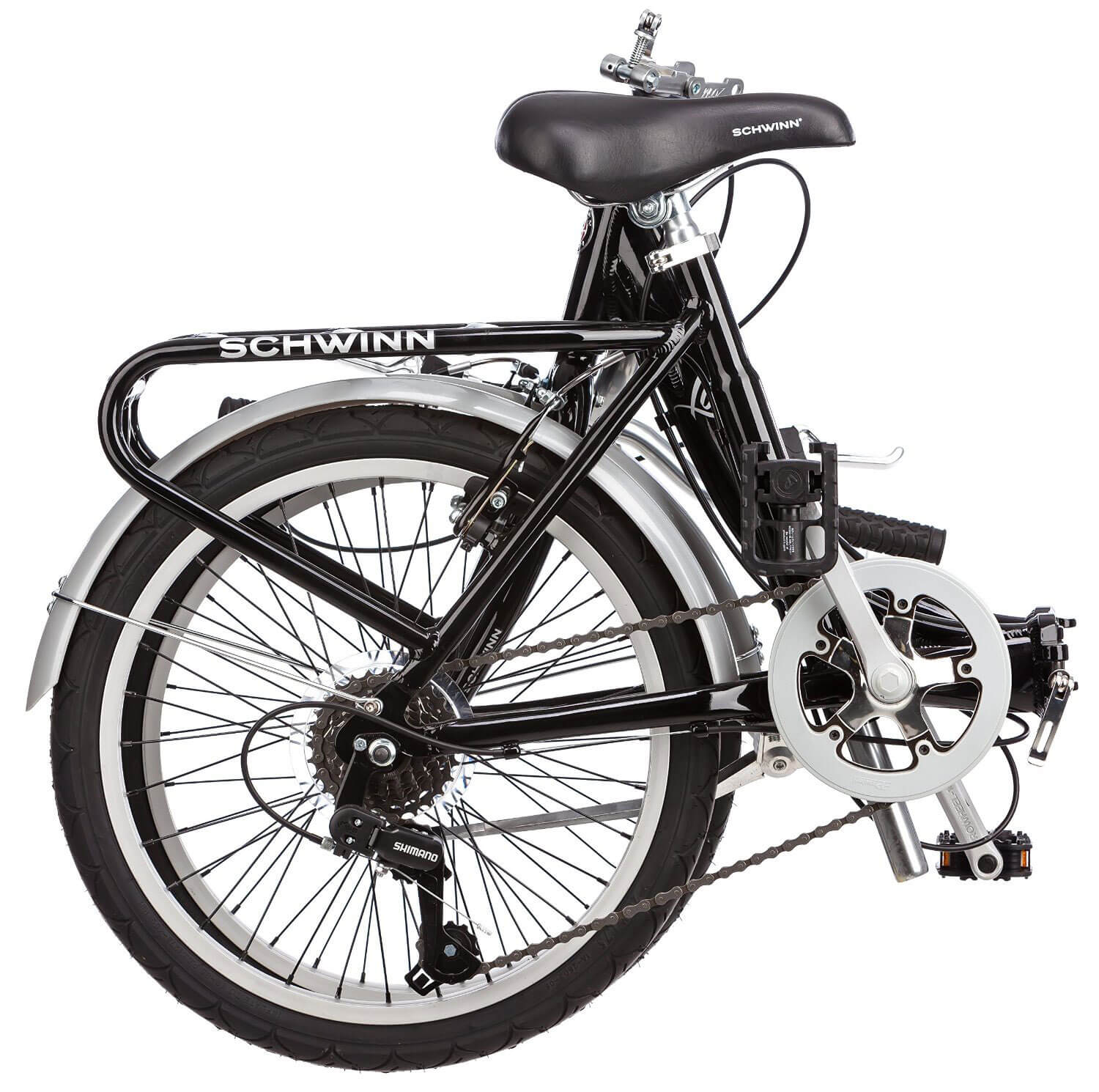 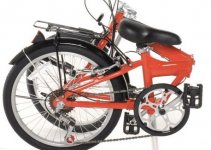