Welcome to our in-depth Dahon Speed D7 Review. Let’s start off with exploring the Dahon Company itself. Then we have our complete review on it. Dahon is one of the world’s largest manufacturer of high quality folding bikes. The company has a two-third marketshare in 2006 and was founded in 1982 by David T. Hon who is also a former laser physicist. The headquarters of the company is located in Los Angeles California while the assembly factories are in China, Macau and Bulgaria.

All the Dahon Bicycles are marketed under Dahon along with some other brands such as Yeah and Biceco and Novara for REI in United States. Dahon is also a member of Global Alliance for EcoMobility and hold more than 200 patents with most of them becoming industrial standards. 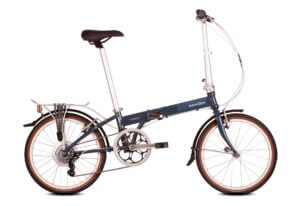 [yasr_overall_rating]The Dahon Speed D7 Folding Bike comes with a lattice hinged frame and 7 Speed gears that give adequate speed on flat and hilly terrains. It also features a Neos rapid rise derailleur that functions beautifully. The bike rides smoothly on any terrains and comes at a very reasonable price.

The Dahon Speed D7 is quite heavy and weighs 30lbs. that requires a bit of extra effort to lift it or fold it. However, the folding mechanism hardly takes 18 seconds to fold and unfold. The folded size is compact enough to fit in your car trunk or a folding bike bag easily. 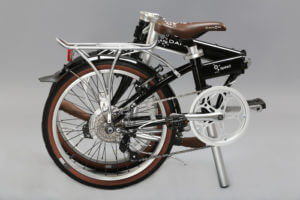 If you need a folding bike with an excellent performance and don’t want to get tight on your budget, then the Dahon Speed D7 Folding Bike is the perfect option for you. It can easily go uphill and is cheaper as compared to many folding bikes that come with 7 gears. The performance is unmatchable. The comfortable seat and fast rolling Dahon Roulez tires makes your journey an easier one. Moreover it has 11-30 Cassette instead of 14-28T freewheel that was used in its previous model. This deliver a 37% increased gear range making Dahon D7 a perfect all-rounder bike. Finally its brakes are responsive and the new Neos Derailleur Shifting system makes the gear changing mechanism effortless. 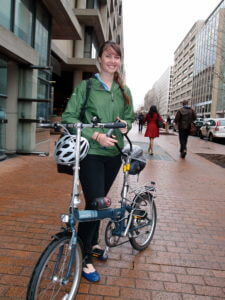 Only a few folding bikes have the ability to handle uphill cycling and Dahon Speed D7 Folding Bike is one of those folding bikes. It performs brilliant on moderate and steep hills and comes with a good gear range. On flat roads the bike quickly picks up good amount of pace, thanks to its low profile SRAM/Neos Derailleur Shifting System. Also its 1.75” Dahon Rotolo tires handle nearly any terrain with ease. You can opt for some low cost upgrades and convert your Dahon Folding Bike into a great folding bicycle with some cool features. Check out the upgrades HERE.

The Dahon Speed D7 comes in 3 elegant colors namely Tangerine Orange, Baltic Blue and Obsidian Black. The popular color is the Baltic Blue that gives you bike an eye-popping beauty that will make the necks turn and stare your brand new ride.

The test ride was amazing. Riding and carrying the bike on public transport and pedaling it through the urban city sprawl was an amazing experience. The Dahon Speed D7 Folding Bike is perfect for commuting but if you want to carry it for extended distance, the weight might be hurdle for you. You should opt for a lightweight model instead.

As mentioned earlier that bike is quite heavy as compared to other folding bikes. With a weight of about 30lbs. it can be a bit daunting to carry it over extended distances. Lifting it up the car’s trunk or carrying it under the subways is effortless.

The Speed D7 boasts 20” tires that are nice and slick and gives you a good grip on the road. You can take it on any type of terrain and the bike won’t lose its stability. Moreover, its tires have shock absorbing qualities as well that gives you a comfortable ride wherever you go.

This Bike comes with 7-Speed gears giving you the freedom of either riding the bike humbly or pedaling it at a thrilling pace. Its derailleur gives you a smooth gear shifting mechanism. What I don’t recommend is to shift gears too often. If you are riding on a busy road or going uphill, keep the gears soft. However, if you need some pace, then go for the harder ones.

The handlebar is easily adjustable to your preferred height. You simply untighten the bolt and adjust its height. This handlebar is pretty wide as well which is a good aspect of gaining more control on the bike and riding it with maximum stability. 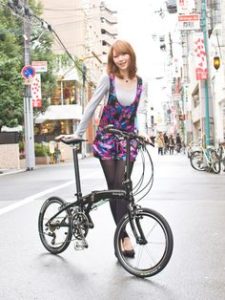 Overall, the Dahon Speed D7 is a perfect bargain for you. At such an affordable price, you can’t get a better product than this. Check out its price and more details on Amazon.

The company was founded with the vision of a green mobility in 1982. It serves to keep individuals healthier and also preserves the environment for the future generation. Hon himself was a relentless innovator and has toiled in the garage for over seven years to come up with the perfect idea of a folding bicycle.

Initially, Hon presented the idea to several well-established and uninterested companies, but none of them agreed to continue to work with them. So, Hon and his brother Henry Hon decided to launch their own company by gathering venture funds and finally established the headquarters in Southern California.

Hon then relocated to Taiwan for building up their very first factor and in 1984 Dahon Folding Bicycles were known throughout the globe as one of the most compact folding bicycles in the market.

Hon is also recognized as father of modern folding bike and Dahon with team of 70 innovative engineers continued to improve the bicycle with time. The main production of the bicycles takes place in the factory located in Shenzhen, China. In 2012 all of the Dahon brand bikes were destined for Europe and were made in Bulgaria.

Dahon bicycle uses a patented, single hinge frame model with handlebars that fold down and the frame hinge swings towards the left. This leaves the handlebar inside and makes the bike more compact. The most selling models of Dahon were mainly 16”, 20” & dahon speed uno wheel bikes whereas the company also manufactures mountain folding bikes and some models with 12” wheels.

The design also features derailleurs and hub gears with a frame that is usually made of alloy aluminum while some are made from steel. Steel frames were mainly manufactured for the commuters who need a tough and durable bike. On the other hand aluminum frames perfectly suits the leisure seekers.

Back in 2008 the company celebrate 25 years of production and they released a special edition that was based on the Mu series of bikes. Then in March 2009 they announced the production of 1000 set of special edition bike that was based on its Curve D3 folding bike. In 2012 they marked their 30th anniversary and Dahon produced 300 limited edition for the honor of the occasion. 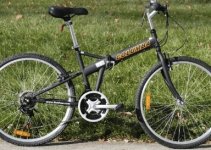